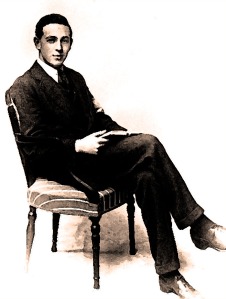 “We may ignore, but we can’t evade the presence of God. The world is crowded with Him. He walks everywhere incognito.”

I have decided to divide the post in parts. This is day one of the missionary trip.

As you know I was recently away on missionary tour. I would very much like to share the work which my family has been doing for some time now. We are a small family team by the name David Foundation, our mission is to evangelize,  preach and reach people where Christ is not known. We live and work in Pakistan among communities both non-Christians and Christians alike.

This Christmas, we planned to go to a place called Tiba (it means a sand mound) and rightly so because this place is housed on a large sand mound, about 500 homes here. Its a small village and abject poverty reigns here. You can click on images to enlarge them a little.

This whole village was burned down completely in 1993 by Muslim mobs. The government help was poor. These people were once the owners of fertile land around this place and then, especially after this place was burnt, people slowly started selling off their land, the buyers were all Muslims and now these people work as labor on the lands they once owned. The health and hygiene conditions are the worst of all.

END_OF_DOCUMENT_TOKEN_TO_BE_REPLACED

Dina sent me this sad article from the UK Telegraph.

A study of 2,000 British parents found most children will put a new baby brother or sister at the top of their Christmas list, closely followed by a request for a real-life reindeer.

A “pet horse” was the third most popular choice, with a “car” making a bizarre entry at number four.

Despite their material requests, the tenth most popular Christmas wish on the list was a “Dad”.

It’s sad. I think that there is a perception among many young women today that it is OK to have recreational premarital sex that may lead to having a child out of wedlock. Many unmarried women have an intuition (not supported by data) that a child will turn out fine without a father in the home. Some think (against…

Dear friends, I just got back from the missionary tour. I am so grateful for your prayers, thougths and love. The mission was a success and we were lucky enough to not get shot by anyone. We were able to help so many people. I will be posting pictures soon. The first thing I did after coming in through the door was to check on you guys and I am glad to have friends like you. God bless you all.

I am tired and its late here, good night and I have just posted a C.S Lewis quote before I hit the bed. 🙂

“It’ll happen when you’re not looking for it.”

I am going out with my family for some missionary work around xmas. Will be gone for 3 days and won’t be be able to respond back untill then. Pray for us, we’ll be doing some work in some of the very poor areas of pakistan. We’ll be giving out warm clothes and food, and setteing up medical camp for those who need medicinal assistance. If you find some time, remember us in your prayewrs. Thank you all for your support. I love you guys.

These are the the lines of the movie V for Vendetta, which in my opinion, is a movie which openly endorses a terrorist as far as he is shown in the movie. It is a brilliant and yet love me/hate me kind of film. Frankly because it shows another side of the terrorist problem we seem to be facing in the real world a lot lately. 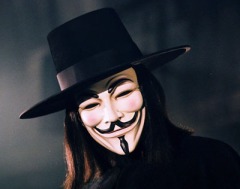 V: …A building is a symbol, as is the act of destroying it. Symbols are given power by people. Alone, a symbol is meaningless, but with enough people, blowing up a building can change the world.

Adam Lanza made headlines around the globe and didn’t live to see it. And now I see everyone either going anti-gun or pro-gun. The question which is left in the middle is not why Adam Lanza did such a horrible thing?. The real question is what did he think he was doing? Sounds weird, right. I guess some might even find it mildly insulting that I am trying to soften the image of Adam. Far from the truth I think, there is a good deal to look at here which people aren’t looking at.

Adam Lanza probably justified himself in a horrible way. And that he ended it turning the gun to himself only means a few things:

1.He was too proud to be caught, like many other killers, especially Hitler.

2. He knew he had done wrong, and though he might have acted out in rage, he saw he did something terrible and the guilt made him kill himself too.

3. He just didn’t care about how anybody viewed him, he was tired of life. He knew he was not brave enough to speak out or make a statement and he knew that no one would listen to him or believe what he had to say.

He was no Timothy McVeigh, no political agenda, nothing.  Adam Lanza was isolated, he was shy, he was unable to communicate properly. These are all factors, which are in many many people at his age. I was the same in school and college, hell, I am still a bit reclusive. These things don’t make anyone a mass murderer.

Out of the three IMAGINATIVE scenarios that my poor intellect can form, I am most scared by the third. Because that reflects a problem which doesn’t end with the criminal.

It starts with motive, thought, guilt, remorse, redemption and pain, tremendous amount of pain or pressure. Where the person starts to see himself as a victim against a system. That is the time when a terrorist is born.

END_OF_DOCUMENT_TOKEN_TO_BE_REPLACED

In the midst of all the information pouring in over the Connecticut shooting some of you may have heard about Westboro making plans to disturb the area with their hateful message. I think it is time to clear the air over a few things in regards to this organization.

1. They are not a church. Never compare me to these folks and what they believe. We are polar opposites on everything. They may call themselves a Baptist church, but as far as I have seen they show how exactly not to be a Christian church. If your sole view of Christianity is from this cult, then scrap all you know about Christianity. Westboro is as much a Christian church as an elephant is a duck because he is wearing a duck costume made by a four year old that has never even seen a duck before. 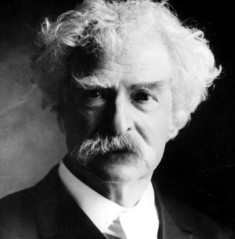 “Never argue with stupid people, they’ll drag you down to their level and then beat you with experience.”

I think this is sound advice for apologists.

Before you read this, I advise you that some images are graphic in nature.

I first learnt of the Newtown school shootings on the internet. As I read the details, I could not help but feel terribly sad and sorry. I am not an american,and yet I cried because what had transpired was horrible and incomprehensible on all accounts. Those little children deserved the best. I have a few little ones in our family so I know if that tragedy had befallen them what I would feel like and what I would likely do.

Families were devastated, crying people everywhere.  I read article after article. I read hundreds of comments scattered across the blogosphere about who was to blame and what should we do. Anger, frustration, shock, sadness, outcry, moderation, everyone had something to say, everyone felt connected. Little angels was the word used almost everywhere, Facebook feeds were filled with 20 stars and a message “20 little angels went to heaven”.

In another part of the world, a silent aircraft hovers over rugged terrain. It is a U.S drone, flying over the mountainous region of Afghanistan. Its target is a single male, housed at the specific location at which the drone is about to strike. Thousands of miles away, in new mexico, a young but very well trained u.s officer is controlling the man-less drone as it draws closer to the target location.  This pilot has had a good record, is experienced and is one of the very best in his work. The drone has arrived closer to the target. The officer paints the house with the targeting laser and releases the hell fire missile from the drone. He and a second officer watch as the missile approaches its target. Just then they see a child coming on top of the roof of the house, but by then it is impossible to detract the missile. They watch as the hell fire missile hits the target with a loud explosion.

“Did we just kill a child?” the first officer asks already feeling uneasy.

END_OF_DOCUMENT_TOKEN_TO_BE_REPLACED

My view of life on the walk Home - Art Chartier