Malala’s Fight for a Modern Pakistan 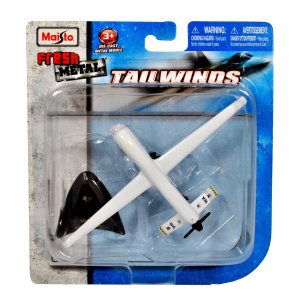 As if kids weren’t already militarized enough, this toy normalizes our new, perhaps most abhorrent form of war for children — some of whom aren’t even old enough to read yet.

Fortunately, Amazon users began mocking the toy in its review section, disparaging drone use while managing to pull off such hilarious sarcasm. As one reviewer complimented these satirical critiques: “The reviews that this abomination has generated have restored some of my hope and faith in humanity.”

Here are the 10 most biting reviews for the drone toy:

END_OF_DOCUMENT_TOKEN_TO_BE_REPLACED

These are the the lines of the movie V for Vendetta, which in my opinion, is a movie which openly endorses a terrorist as far as he is shown in the movie. It is a brilliant and yet love me/hate me kind of film. Frankly because it shows another side of the terrorist problem we seem to be facing in the real world a lot lately.

V: …A building is a symbol, as is the act of destroying it. Symbols are given power by people. Alone, a symbol is meaningless, but with enough people, blowing up a building can change the world.

Adam Lanza made headlines around the globe and didn’t live to see it. And now I see everyone either going anti-gun or pro-gun. The question which is left in the middle is not why Adam Lanza did such a horrible thing?. The real question is what did he think he was doing? Sounds weird, right. I guess some might even find it mildly insulting that I am trying to soften the image of Adam. Far from the truth I think, there is a good deal to look at here which people aren’t looking at.

Adam Lanza probably justified himself in a horrible way. And that he ended it turning the gun to himself only means a few things:

1.He was too proud to be caught, like many other killers, especially Hitler.

2. He knew he had done wrong, and though he might have acted out in rage, he saw he did something terrible and the guilt made him kill himself too.

3. He just didn’t care about how anybody viewed him, he was tired of life. He knew he was not brave enough to speak out or make a statement and he knew that no one would listen to him or believe what he had to say.

He was no Timothy McVeigh, no political agenda, nothing.  Adam Lanza was isolated, he was shy, he was unable to communicate properly. These are all factors, which are in many many people at his age. I was the same in school and college, hell, I am still a bit reclusive. These things don’t make anyone a mass murderer.

Out of the three IMAGINATIVE scenarios that my poor intellect can form, I am most scared by the third. Because that reflects a problem which doesn’t end with the criminal.

It starts with motive, thought, guilt, remorse, redemption and pain, tremendous amount of pain or pressure. Where the person starts to see himself as a victim against a system. That is the time when a terrorist is born.

END_OF_DOCUMENT_TOKEN_TO_BE_REPLACED

My view of life from the cheap seats... Art Chartier